The Ubuntu team have announced the release of Ubuntu 19.10. The new version features the GNOME 3.34 desktop environment, kernel 5.3 with new video card and single board computer hardware support, and new security options enabled in the package builds. Ubuntu 19.10 is based on the Linux release series 5.3. It adds a variety of new hardware support since the 5.0 kernel from 19.04, including support for AMD Navi GPUs, new ARM SoCs, ARM Komeda display, and Intel Speed Select on Xeon servers. Significant developer-facing features include pidfd support for avoiding races cause by PID reuse, a new mount API, and the io_uring interface for asynchronous I/O. To help improve boot speed the default kernel compression algorithm was changed to lz4 on most architectures, and the default initramfs compression algorithm was changed to lz4 on all architectures. Ubuntu 19.10 comes with refreshed state-of-the-art toolchain including new upstream releases of glibc 2.30, OpenJDK 11, rustc 1.37, GCC 9.2, updated Python 3.7.5, Python 3.8.0 (interpreter only), Ruby 2.5.5, PHP 7.3.8, Perl 5.28.1, golang 1.12.10. There are new improvements on the cross-compilers front as well with POWER and AArch64 toolchain enabled to cross-compile for ARM, PPC64 LE, S390X and RISCV64 targets. Ubuntu 19.10 comes with additional default hardening options enabled in GCC, including support for both stack clash protection and control-flow integrity protection. All packages in main have been rebuilt to take advantage of this, with a few exceptions." Support for installing on 32-bit (x86) processors has been dropped for this release 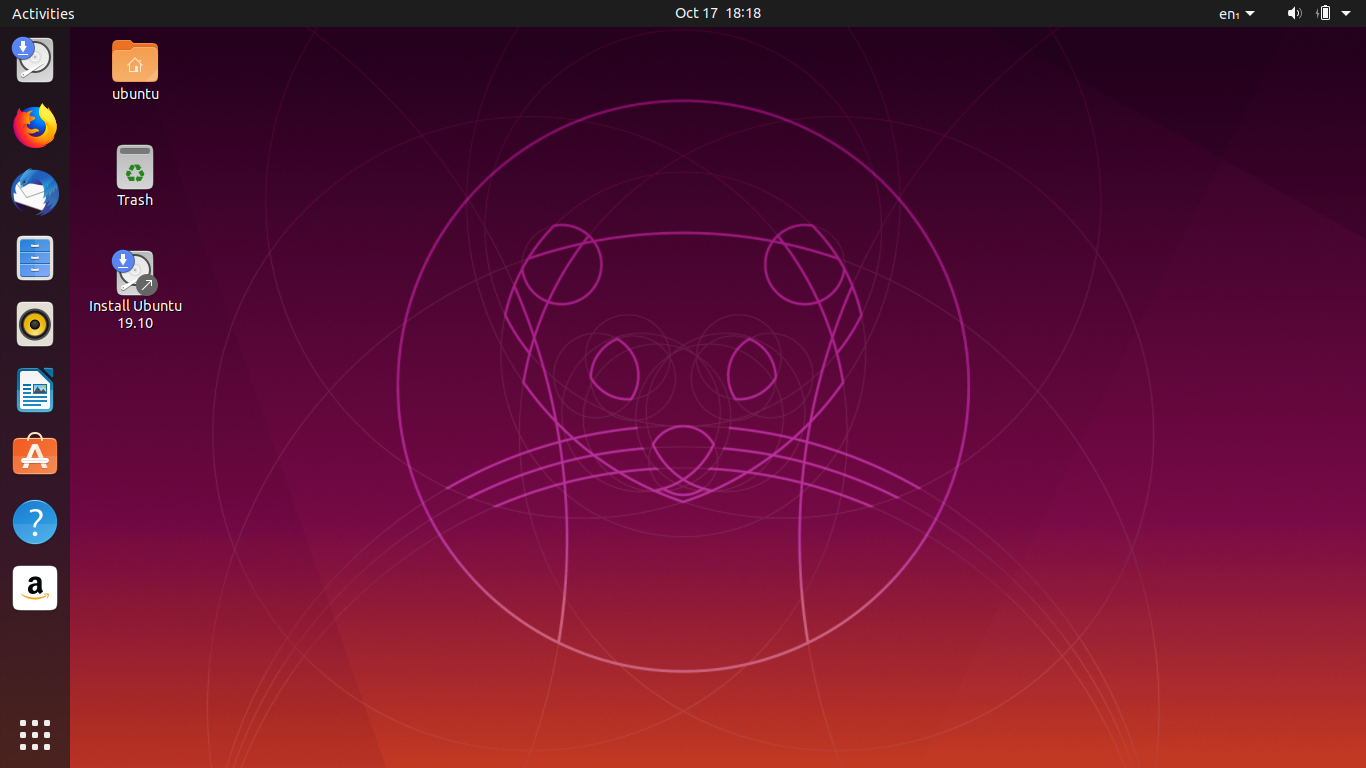