OS dengan moto pengganti Windows dan MacOS. Desainnya minimalis tapi sangat fungsional. Tampilan mirip seperti MacOSX, dengan kemudahan sama seperti Windows juga. Dengan kekuatan dan keamanan ala Linux. elementary OS is an Ubuntu-based desktop distribution. Some of its more interesting features include a custom desktop environment called Pantheon and many custom apps including Photos, Music, Videos, Calendar, Terminal, Files, and more. It also comes with some familiar apps like the Epiphany web browser and a fork of Geary mail. The elementary OS team has announced the launch of elementary OS 0.4, code name "Loki": "After a little over a year of development, elementary is proud to announce the stable release of elementary OS Loki." The new version includes many new features, such as a new software manager called AppCenter. New natural language processing has been added to the calendar application and the distribution now ships with the Epiphany web browser. Desktop notifications have been revamped too for the 0.4 release: "The brand new Notification Center catches notifications from apps and lets you see and act on them later. It also provides a handy system-wide Do Not Disturb toggle. By default, all apps show in the Notification Center, but you can disable noisy apps in the Notifications section of System Settings. The Notification Center is powered by the FreeDesktop notifications specification, so any apps following this open standard will work automatically. 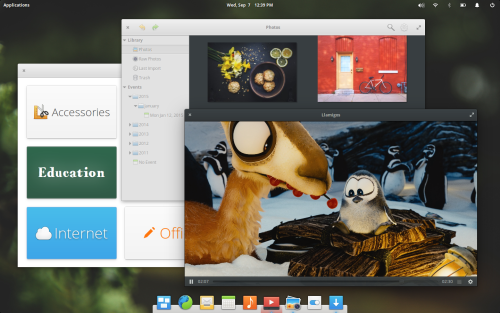 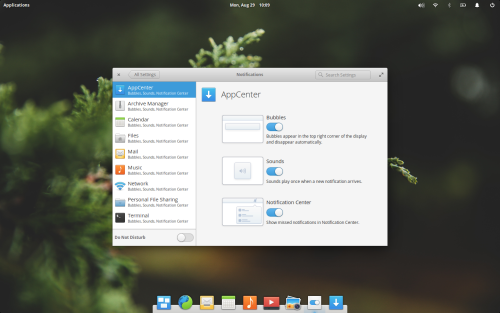