Martin Wimpress has announced the launch of Ubuntu MATE 16.04. The new version marks Ubuntu MATE's first long term support release and features an up to date MATE desktop environment as well as support for Ubuntu's Snappy command line package manager. "Ubuntu MATE 16.04 LTS has not just been in development for 6 months. Ubuntu MATE 16.04 LTS has been in development for nearly 2 years. Since the project started in June 2014 this release, this our first official LTS, is what we've been working towards. This was the goal we had firmly in our sights every step of the way. I extend my sincere thanks to everyone who has contributed to Ubuntu MATE over the last 22 months. None of this would have been possible without the countless contributions from the amazing Ubuntu MATE community. I can't thank you all enough for what you've helped create. I only hope this release makes you all proud." A list of changes and known issues can be found in the distribution's. 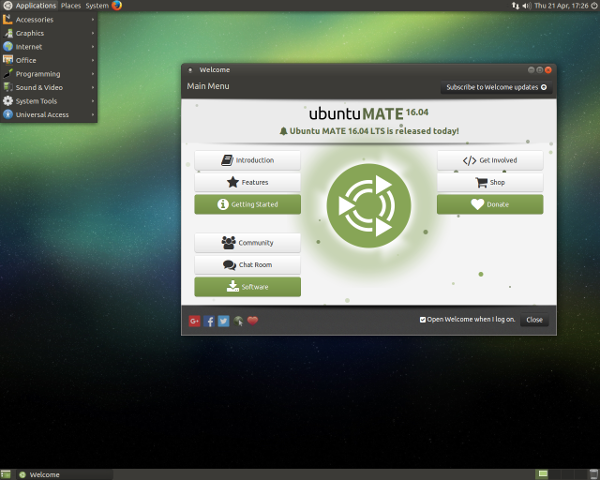