Distro linuxnya gamer: Paweł Pijanowski has announced the release of SparkyLinux 2.1 "GameOver" edition, a Debian-based distribution with a customised LXDE desktop and a good collection of games: "Brand new, two-egged SparkyLinux 2.1 'GameOver' is out. It's the second, special edition of SparkyLinux 'GameOver' released for Easter 2013. It has been directly built on SparkyLinux 2.1 'Eris' and Debian 'Wheezy'. All packages have been synchronized with the Debian testing repository as of 2013-03-24. I made a few big changes so the system features: Linux kernel 3.2 i386 for old PCs and Linux kernel 3.8-liquorix (option) i686-pae for modern PCs designed for multimedia and gaming; glibc has been updated up to 2.17 from the experimental repository; Iceweasel, VLC, Leafpad, Pidgin, Transmission, XChat.... 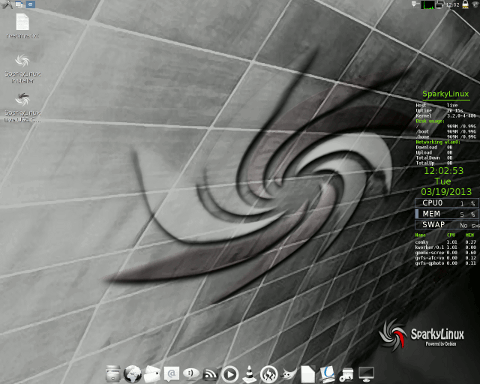