Bruno Gonçalves has announced the release of BigLinux 12.04, a Kubuntu-based Brazilian distribution for the desktop (with support for Portuguese and English languages). The developers consider this a release candidate, but if no show-stopper bugs are reported within a week, it will become 12.04 final. Some of the changes in this release include: qBittorrent replaces KTorrent; soundKonverter replaces Big Audio Converter; Pidgin replaces Empathy as the preferred instant messaging client; included GIMP 2.8.0 with a single-window mode by default and several additional plugins; default theme remains unchanged, but most packages have been updated from upstream; includes KDE 4.8.4, Firefox 14.0.1, Chromium 18.0.1025.168, LibreOffice 3.5.4. Read the brief release announcement (in Portuguese) as published on the project's user forum 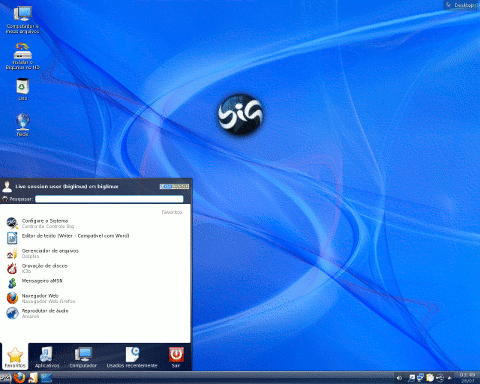