Clement Lefebvre has announced the availability of the Xfce edition of Linux Mint 13, codename Maya. From the what's new page: "The highlight of this edition is the latest Xfce 4.10 desktop, which features the following improvements: online documentation; application finder; multiple rows and deskbar mode in the panel; actions plugin; MIME type editor; single-click operation, automated background image cycling and thumbnail rendering on the desktop; edge-tiling in the window manager. In the past, the xfapplet plugin made it possible for Xfce users to run GNOME applets within the Xfce panel. After talking to the MATE and Xfce developers, we updated this plugin and it now supports MATE applets. Among the many MATE applets that can now run in Xfce, mintMenu is probably the most popular. Improvements were made to mintMenu so that it could support Thunar, the Xfce Settings Manager and other aspects of the Xfce desktop...." See the release announcement including upgrade instructions, and check the release notes for known issues 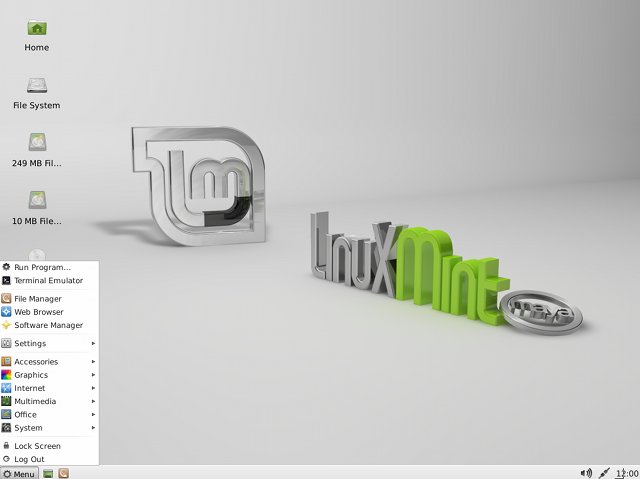