A. J. Venter has announced the availability of Kongoni GNU/Linux 1.12.2, a free African GNU/Linux distribution based on Slackware with significant inspiration from the BSD architectures: "It is my pleasure to announce that Kongoni version 1.12.2, code-named Nietzsche, has been officially released. This marks the first official and stable release of the Kongoni GNU/Linux distribution after several development releases. The most significant Kongoni feature is its source-based software installation system (known as a ports tree), a feature that originated in the BSD UNIX world and remains a popular power-users tool on present-day BSD UNIXes, Apple's Mac OS X and source based GNU/Linux distributions. Kongoni, however, is not a source-based distribution. The distribution itself is shipped as binaries which work out of the box. The ports tree is used only for installing additional software. 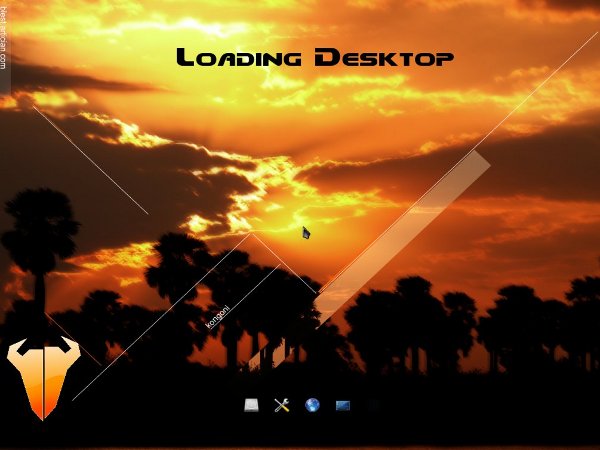 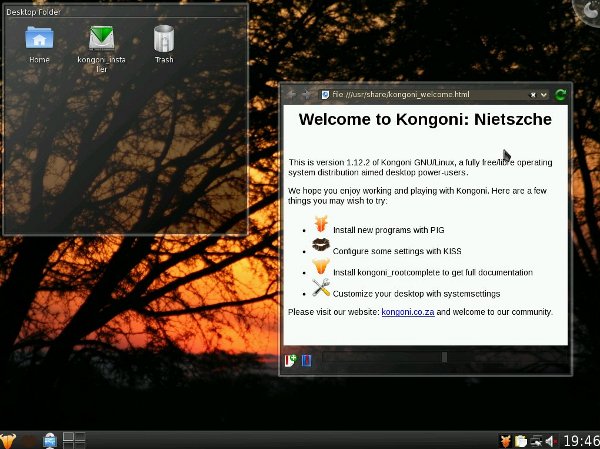 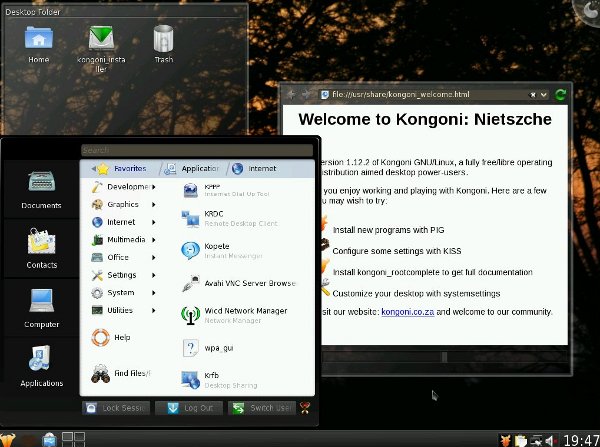