Zeroshell is a small Linux distribution for servers and embedded devices aimed at providing the main network services a LAN requires. It is available in the form of Live CD or Compact Flash image and you can configure and administer it using your web browser. The main features of this Linux distribution for Network Appliances are listed below: 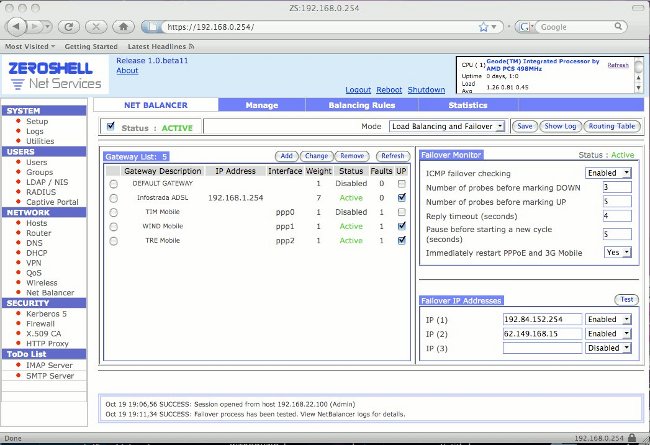