A Customized Version of Ubuntu for Visually Impaired Users 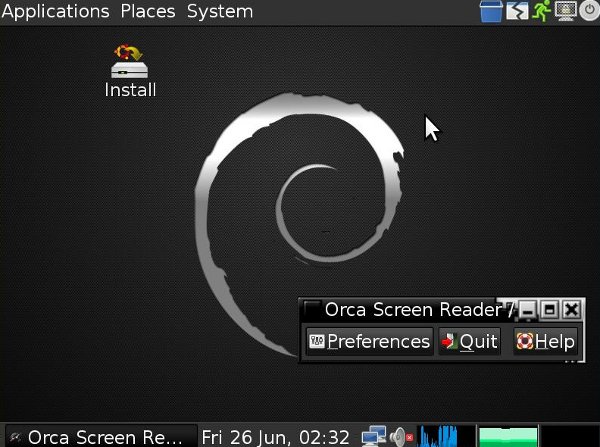 # The aim of this project is to develop a new alternative / blindfriendly live-CD / installer for people with visual impairments. The current release is based on the Ubuntu Linux distribution. # VINUX (Vinux Is Not Ubuntu but gnu/linuX) is a remaster of the Intrepid Ibex live CD optimised for the needs of blind and partially sighted users! # It is designed to boot from a live CD or USB memory stick, with autodetecting and starting up your USB braille-display, log you in automatically and then start up the Orca screen-reader. # You can use VINUX as a portable operating system or you can install it to your hard drive either alongside or as a replacement for Windows. # In order to fit all of the accessibility settings on the CD I have had to remove some applications including: The GIMP graphical image manipulation program, the F-Spot photo-manager and the Ekiga voice over IP package. You can easily reinstall these and many more open-source applications if you choose to install it on your hard-drive. # Full-screen magnification can be activated with a simple keystroke!